Miuccia Prada showed 50 gloriously exaggerated headbands with every one of her SS19 runway looks – studded, beribboned, sumptuous satin and leather – proving not only hero-buy status but also, signalling a big move in the hair adornment game. Dior’s elasticated ballet hairbands were a slick way to ease into the idea, while Simone Rocha’s runaway success of her beaded hair-slides (worn so prevalently in fashion circles, they’ve become something of a modern accessory classic) have transitioned into headbands decorated with mini plumes. Expect to see a flurry infiltrate next year’s wedding season.

The two-bag approach – a common scene on the daily commute, totes full of gym kits, micro-bags full of credit cards. But now designers from Chanel, Gucci, Fendi, and Loewe have translated the look into their codes. Chanel packed a punch with identical bags on each hip, while Fendi matched its shoulder bag to its carry-all tote.

The return of Miu Miu’s signature platforms to the runway had die-hard fans beaming. They’re set to dominate the party scene alongside offerings by Saint Laurent, Dolce & Gabbana, and Maison Margiela. But it wasn’t just the heels getting an extra lift this season, ‘Geta’ sandals were seen at Paco Rabanne, Jil Sander and Salvatore Ferragamo. The traditional Japanese shoe with its block elevated sole is worn as protection against the elements, which is telling preparation for another summer rocked by climate change.

There’s no doubt about it, mega-lens sunglasses have landed. Say it’s a reaction to the micro-lenses that have swept the streets, now the dial has turned 180-degrees with larger than life shapes from Gucci, Loewe, Miu Miu, Stella, Tod’s and Tom Ford. Think anywhere between a wraparound surf style to a noughties sport aesthetic – championed by Paris Hilton and Kim Kardashian.

It’s big, really big, almost parachute big; which when full, thrown over your shoulder is akin to a work out. Stella McCartney’s are emblazoned with her logo, Versace’s are transparent, and Burberry’s will induce ultimate office envy. Start arm training in preparation now.

The desire for original “IT” bag styles has gained so much momentum that designers have taken note with re-issuing flashback purses like the Fendi Baguette and the Dior Saddle. Louis Vuitton’s logo takes shape in a boardroom-ready briefcase, just as Miu Miu, Marc Jacobs, and Gabriella Hearst riff off a vintage inspired top handle.

If you’re toying with a bum-bag purchase, park it, there’s an upgrade in town and it’s more refined than ever. The extra elegant belt-bag will come into its own next spring thanks to Riccardo Tisci’s chain link style for Burberry. Check Givenchy’s pristine white leather version too, while at Chloé, they appeared hand-held rather than belted at the show in September.

Feathers, feathers everywhere. This season, the abundance of fluff – from trims on cuffs to all-over – took on a new form of peacocking. But it was the feather shoe that was the stand-out buy, gently fluttering at Dries Van Noten, Brock Collection and Valentino, whose chunky leather sandals are already topping Vogue editors’ wish-lists.

Travel and the lure of discovery are on the mind come SS19, where holiday souvenirs seemed to top designers’ inspiration. From California dreaming tie-dye at Prada, to hippy bags at Dior, and layered anklets, toe-rings, and arm bracelets at Chloé – these are accessories reminiscent of a gap-year wardrobe – ready to imbue your everyday classics with a holiday spirit.

With minimal effort required but maximum sophisticated achieved, if you aren’t already slipping into a barely-there mule then you will next spring. The line up from Dolce and Gabbana, Rejina Pyo and Chloé will have you perfecting a sultry clip-clop strut in no time.

The summer 2018 prize of Most Instagrammable Beach Accessory went to the extraordinarily large straw hat by Jacquemus (how did they get that through on hand-luggage I hear you ask?) and for SS19 he’s going for it again with his oversized raffia fringed totes – so big they skim the ankle. But it isn’t only his love of straw and raffia that cements the mood – see Macramé at Isabel Marant and Sonia Rykiel, while Loewe’s low-slung bags add the same carefree attitude we hope to carry all summer long. 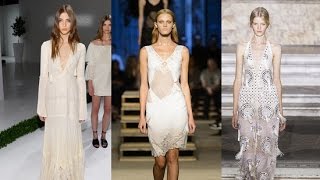 Top Trends To Watch For Spring 2016 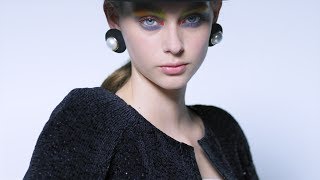 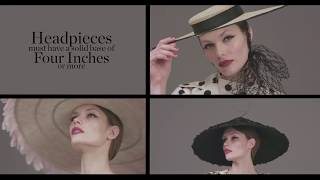 What Everybody Ought To Know About A Fashion Stylist